The year 1957 was a landmark year for design. This is when everything that came off the designer's drawing board was unusual and it seemed like every other product that came along was futuristic in design. Such was the Elgin "Direct Reading" Jump Hour. These were made in three different cases, although the 21 jewel. Cal. 719 movement was common to them all.

Elgin, the world's largest watch manufacturer, was on the cutting edge of innovative watch design. This was a time of exaggerated fins on automobiles and ducktail hairdos. So, Elgin designers wanted a watch that would take your imagination. They produced a series of what they called "Direct Readers". One was round and plain polish in what you might call a "Chevron" configuration, one was in a round dimpled case called the "Golf Ball", and this rectangular  one, which later became "The Elvis".  This was due to many photos of him wearing this ground-breaking, jump hour wristwatch. The condition of this particular watch is one of the nicest Elvis watches we have had in over 10 years. The yellow gold filled case measures 26 mm in width (not including the crown), by 36 mm lug to lug, by 9 mm thick. The surface of the watch has three planes that are slightly curved emphasizing the unique look.  Our head watchmaker has it winding, setting, and jumping just as it did in 1957. When you peer through the triangular window, just below the watch center, you will see a large number (the hour) with a disc of smaller numbers underneath the hour. This is the "Wandering Minutes" track that rotates to indicate the passing of the minutes. When the 60-minute mark is reached the next hour "jumps" into the window for yet another hour on display. The crucial test of the proper service for one of these watches is the sharp jumping of the hour disc when the hour changes. Ours jumps to attention just like it should. This one is quite spiffy! If you are an Elvis fan or just want a watch that you won't see walking up and down the street, don't miss this one. It is special. Our one year warranty, for parts and labor, will allow you to buy with confidence. 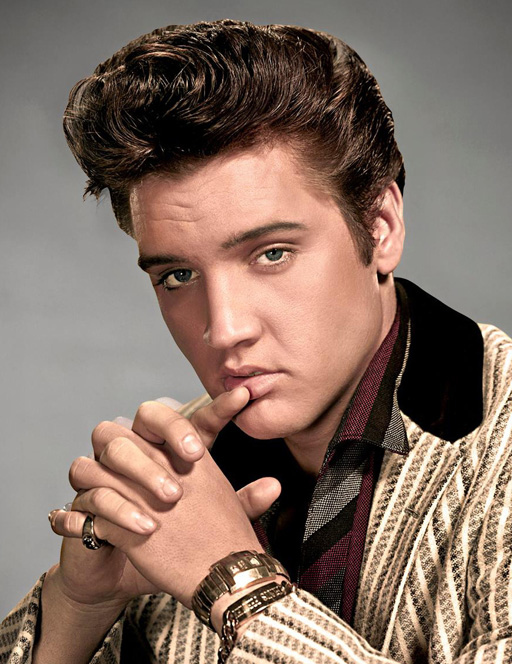 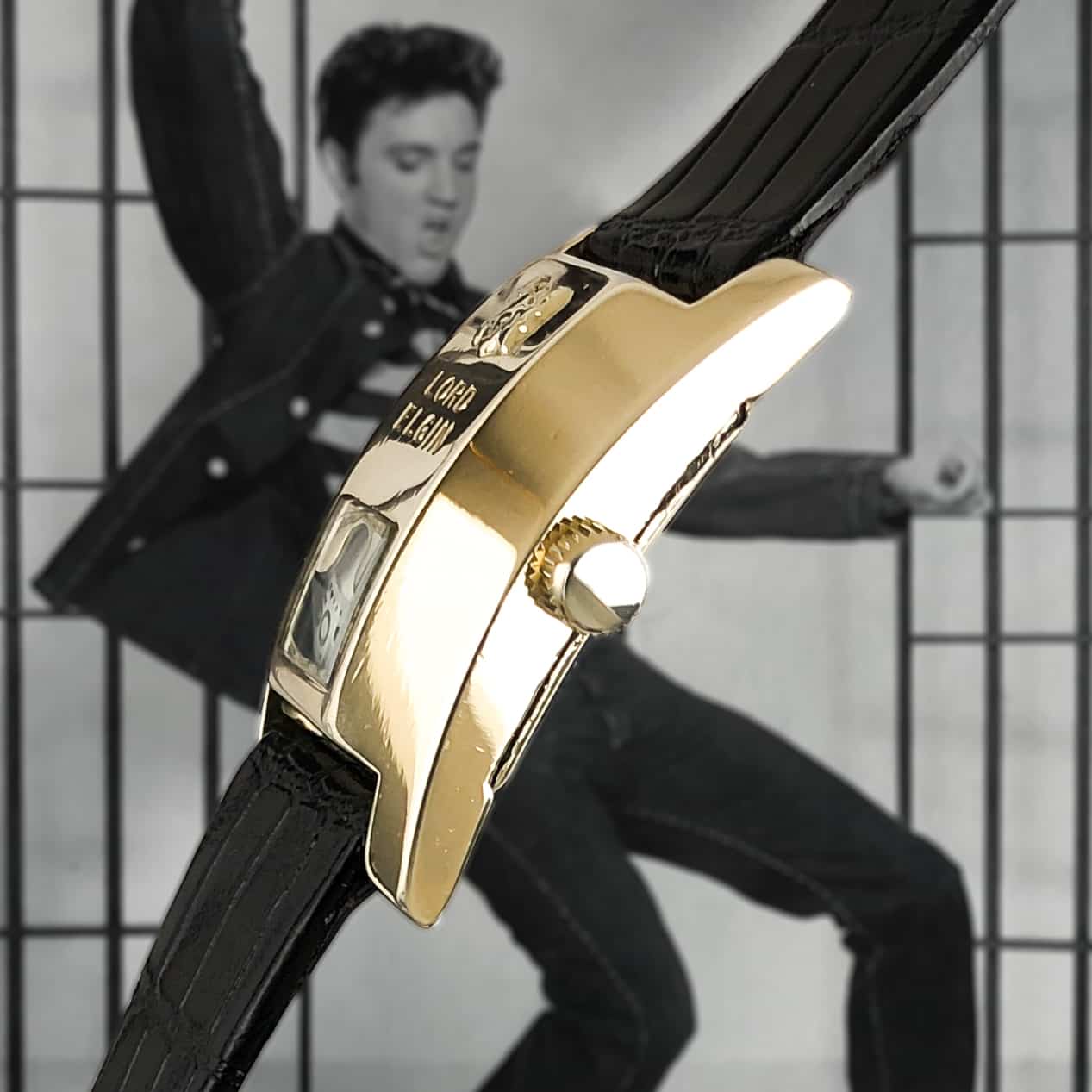 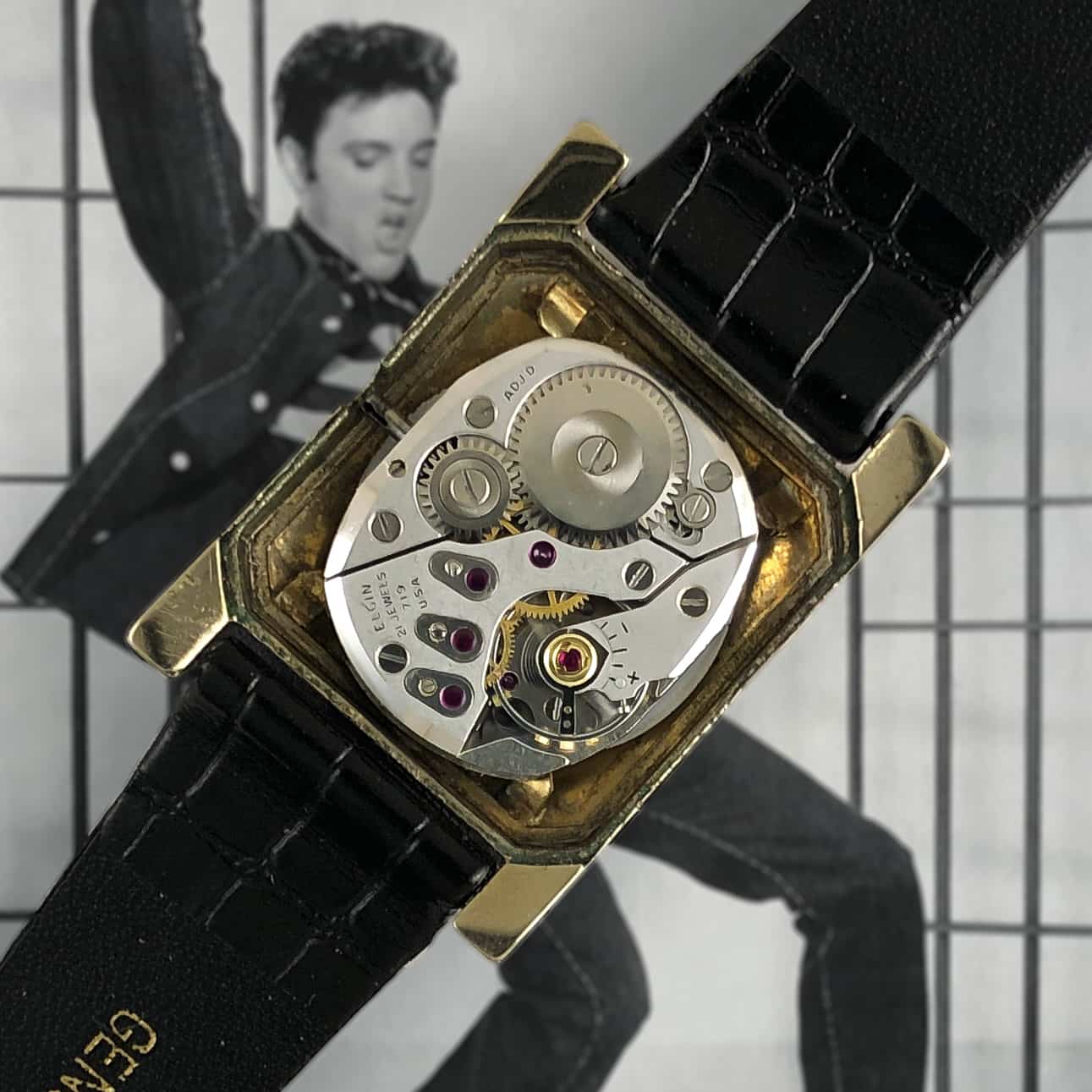